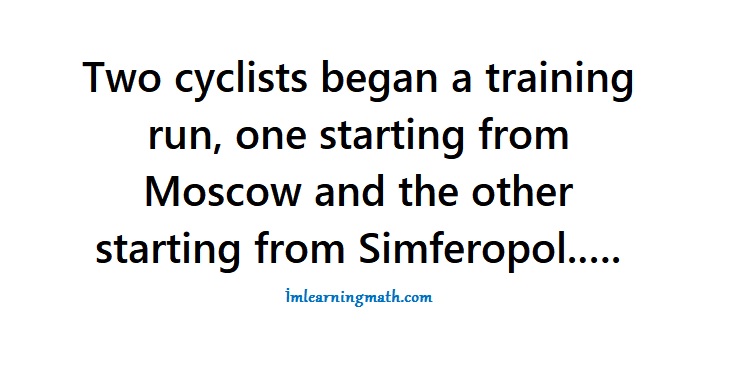 When the riders were 180 miles apart, a fly took an interest. Starting on one cyclist’s shoulder, the fly flew ahead to meet the other cyclist. After reaching him the fly then turned around and yet back.

The restless fly continued to shuttle back and forth until the pair met; then settled on the nose of one rider.

How many miles did the fly travel?

Answer: The correct answer is the cyclists took 6 hours to meet. The fly traveled 6*30=180 miles.