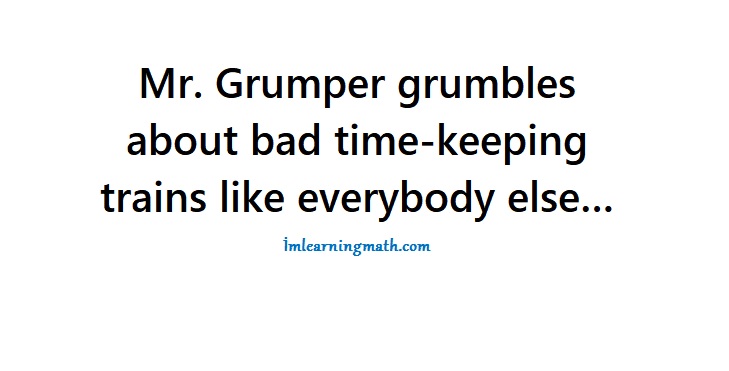 Math Riddle:  Mr. Grumper grumbles about bad time-keeping trains like everybody else. On one particular morning, he was justified, though. The train left on time for the one hour journey and it arrived 5 minutes late. However, Mr. Grumper’s watch showed it to be 3 minutes early, so he adjusted his watch by putting it forward 3 minutes. His watch kept time during the day, and on the return journey in the evening, the train started on time, according to his watch, and arrived on time, according to the station clock. If the train traveled 25 percent faster on the return journey than it did on the morning journey, was the station clock fast or slow, and by how much?

Answer: The correct answer is the station clock is 3 minutes fast.