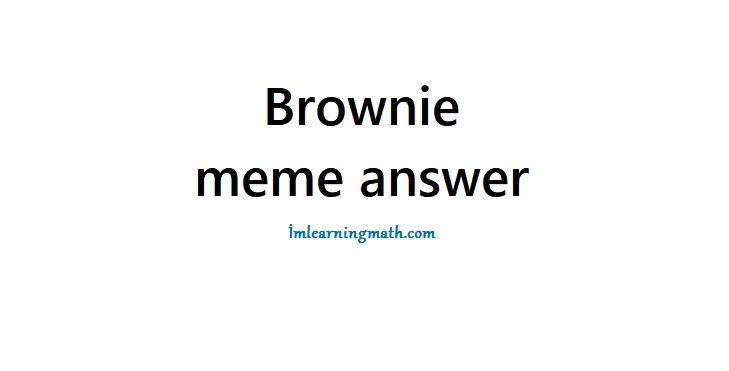 Riddle: Brownie picture on facebook riddle ‘I thought these were brownies’ meme explained

Answer: An image which confounded web clients two years prior has reemerged, and demonstrated that it’s similarly as befuddling to this date.

The ‘I thought these were brownies’ image dropped from a unique pattern where individuals would post a picture which appeared as though a specific nutrition class with the subtitle: “My fat a** thought this was [insert food group].”

It was a success with tortillas and so forth, with individuals sharing pictures of things that took after tortillas and asserting it was either their “dumba**” or “fat a**” that got the two confounded.

So what is the ‘I thought these were brownies’ image that is stalled out? Here’s the place it originated from and what the joke is truly on about.